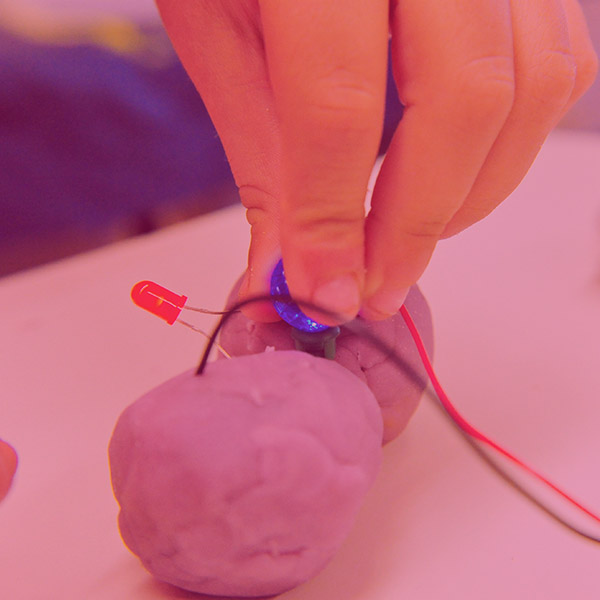 One book has sparked a movement that is creating a worldwide network of like-minded adults who value creativity in learning and believe in the human side of educating.

Have you ever helped free a child from self-imposed constraints through a seemingly simple action?  That’s what Vashti’s teacher did in the book The Dot, by Peter Reynolds.  Her teacher’s compassion helped her to see herself in a different way.  She overcame intimidation of art class and found freedom to express herself, freedom to think original thoughts, and freedom to, in turn, treat another child in the compassionate way her teacher treated her.

The Dot illustrates the power of one single adult’s actions to change a child’s life.

The book speaks to the importance of teacher-student relationships, and our connections as human beings.

It shows how creative thinking on the part of a teacher can unlock a child’s own creativity, confidence, and growth.

It demonstrates the ripple effect of understanding, and affirms that children will likely treat others the way they are treated by adults.

In a short, impactful story, Reynolds captures the meaning and possibilities of learning, and I daresay, life.

Truth be told, it took me a long time to pick up the book.  Not because I didn’t see it, but because I have a healthy skepticism of children’s books that are displayed front-and-center in large book stores.  It has been my experience that stories hidden in the shelves, carefully selected, often have more substance.  In this case, I was pleased to be proven dead wrong when I finally read all of Reynolds’s books before attending a talk he was giving with his brother, Paul.  Hearing the brothers speak, and talking with them further, bolstered my inspiration.

Reynolds’s work resonates with me for two reasons:

1. His books communicate values about education, learning, and creativity that I hold dear, in a way that everyone, including kids, can understand.

2. Reynolds lives and breathes these values; his own actions and business are commensurate with the principles he espouses in his books.

Born of a teacher’s inspiration after reading The Dot aloud to his class, International Dot Day (celebrated on and around September 15th) is designed to celebrate the type of collaborative creativity illustrated in the story.  It is promising that over 4 million people in more than 115 countries officially signed up to celebrate this year.  Most of them are educators who, by virtue of participation, endorse the messages carried in the Reynolds Creatrilogy (The Dot, Ish, and Going Places).

These millions celebrated in any way that they chose.  For many, it might simply mean that they read The Dot to their classes, and had their students paint their own versions of the main character’s dot paintings.

This is significant and potentially life-changing. A simple reading of The Dot delivers an uplifting message about creativity, confidence, compassion, and kindness directly to the minds and hearts of millions of children.

Children who think they are not good enough or feel hesitant to try new things relate to the characters in the story, and become empowered to express their own original thinking.

The story also inspires and reminds teachers of their distinctive opportunity to support students in creative and growth-oriented ways.

Dot Day has begun to weave a worldwide network of like-minded adults who value creativity in learning and believe in the human side of educating.  This network can bolster such educators as they apply their own courage to nurture creativity in a system that inherently doesn’t.  It provides validation and support to those who are brave enough to teach in the way that meets the needs of the individual children in their classes.

In the book, Vashti discovered that there was a right way to make a dot: her way.  With her teacher’s clever and supportive approach, she overcame her initial lack of self-confidence and became a prolific painter of all varieties of dots.  Even better, she was able to pay it forward by inspiring another student like her teacher had inspired her.  Whether you officially signed up to participate in this year’s International Dot Day or not, honor its essence in your own way throughout the school year.

How will you give a child the freedom to exercise his or her unique self-expression?