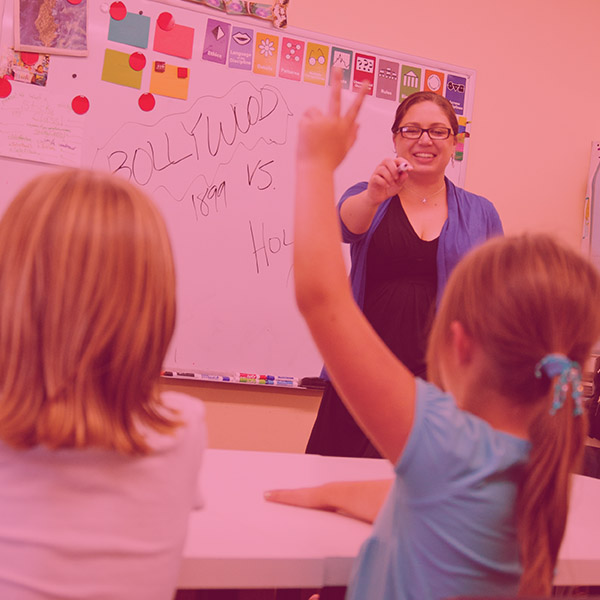 When we are giving workshops at schools and conferences, we often hear inspiring stories from teachers and administrators about how they are changing lives, or how their own childhood teachers changed theirs.

We decided to keep a running compilation of these stories to inspire you to keep doing what you are doing. Add this piece to your Bookmarks and when you have a particularly tough day, revisit it to remind yourself of the power you as an educator have to change lives! Please also share your own stories with us.

Teachers Who Impacted Us

In 3rd grade, Mrs. Hammet was a very tough teacher. She was old and strict but I loved her anyway. One day, the class was being particularly unruly. She was fed up and began to yell at the class. After about 5 long minutes of her tirade, she stood in front of me and said, “The only kid in the class who enjoys learning, who says, ‘Wow, that’s interesting’ is this kid right here.” I looked up and she was pointing right at me. It was that moment that I felt the power of validation. I did love learning and she recognized that in me. I continue to be awed by learning and actively pursue it to this day! – Stephanie

The words that a teacher said to me that pushed me to change were, “Trust yourself.” I asked lots of questions in fear of failing. She learned what I needed and stopped answering my questions and told me to just do it. – Anonymous

I became a teacher because as a child I was fascinated with the happiness and excitement my mother’s career brought her. I thought to myself that I too wanted a job that was so fulfilling. As a high school student, I would help her in her second grade classroom at the end of the day, and seeing her in action solidified my desire to pursue this dream. My favorite part of watching her was seeing and realizing the magic she possessed as she swept her seven-year-olds away into whatever piece of fiction she read aloud, changing her voice, pausing just perfectly, booming so effectively. They LOVED her! I am who I am because of her. So thankful too. – Anonymous

How We’ve Impacted Our Students

A boy entered 5th grade. He would never attend an assembly; for some reason they frightened him. He wanted to be in band, so he joined and participated in the concert. The principal said to him, “Look, J., you are part of the assembly.” Then he tried out for the 5th grade play. He came to rehearsal each day filled with enthusiasm. He could not wait to perform, and from that time on his fear of assemblies vanished. – Anonymous

I said, “Get out on the ice, the team needs you to help win us the game.” That player thought he was the worst player on the team and by going on the ice that game made him feel important to the team. There were 15 seconds left in the game. We won! – 6th-8th grade history teacher

Really being with a child’s wonder; listening, looking side by side or face to face. On the ground looking together. Saying, “Wow! That’s a great idea!” or “That’s amazing!” – Anonymous

I had a classroom teacher tell me her student couldn’t come to TAG because he wasn’t listening in class. I explained that he was no problem in TAG. In fact he went from a frown to a happy, creative, intelligent child where he had the freedom to express himself. He was very focused on his project and research. He was enjoying his learning. – Meg

In my first year of teaching, I had a new student come in in April. At the time, my class was learning multi-digit multiplication. This girl was very quiet and shy and wouldn’t participate in math class. One time, I pulled her after class and asked why. She said she was bad at math and didn’t understand what was going on. I asked if she wanted to improve and she shyly nodded. Thus began daily after school math tutoring with this girl one-on-one. I taught her new methods for solving problems and gradually she got better and better. In the end of May, the students took the NWEA MAP test and this girl had the highest score in the class. I told her of her result and how proud of her I was and her response was, “Thank you, Ms. L., I did it for you.” – Sandra

Josh is a precocious student, often asking question after question. Some teachers would get frustrated and ask him to get back to work. At the age of 6 he was frustrated that some kids were using the one classroom computer a lot and he couldn’t get a turn. Mrs. C. suggested that he solve the problem. He got busy making a poster, identifying each child in the class with sign-up times, etc. Problem solved. Josh became known as a problem solver. – Anonymous

How Our Students Impact Us

When school starts every year, our program is delayed by 2 to 3 weeks for identification of new students. I love it when I see my students from the last year and they excitedly and loudly say my name and, “When are we going to see you?” or “When do we start?” It gives me great pleasure and confidence. – Anonymous

Terms of Use
©TEXT Sparkitivity, LLC. All Rights Reserved. Designed by Sozoe Creative