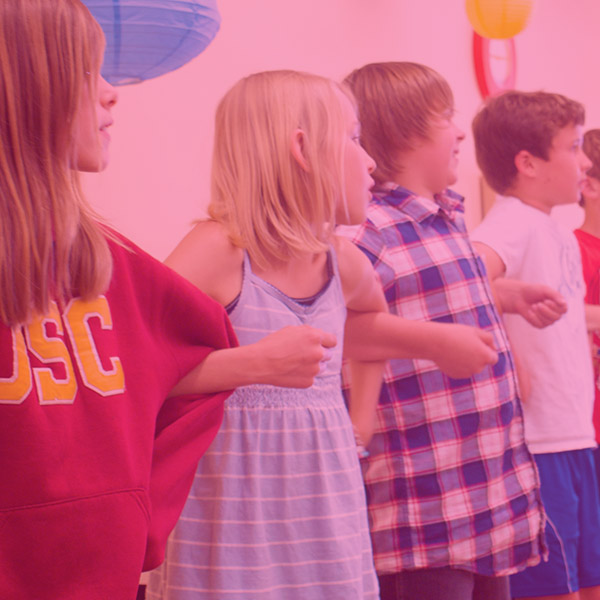 The extraordinary and important-for-life thinking skills of creative children often go unrecognized and therefore unsupported. This can lead to serious issues at home and at school. Even if they don’t have a specific “creative talent,” we can look for creative thinkers as we look for budding sports players, musicians, and actors.

From the moment Luis began to stand and walk on his own, he drove his mother crazy.  Starting around age one, he was constantly kicking things in the house.  No piece of furniture, toy, shin, or pet was safe!

By the time he was two years old, everything felt in disarray and out of control, and Luis’s mom didn’t know what to do with her young toddler. Luis’s brother Mateo had always been obedient and calm, and Luis was racking her nerves. Friends suggested she bring Luis to a child psychologist because he simply refused to stop kicking everything in sight.

Just as she was getting ready to make an appointment, another friend stopped by with her older son, Jason. Jason had a soccer ball, and Luis joined him in the yard while the mothers chatted nearby.

The moms’ mouths hung open as they watched the scene unfold. Though he’d never kicked a soccer ball in his life, Luis seemed to be a natural. Anyone that has ever watched toddlers play soccer knows that this is not usually the case, but even with his little stubby legs, Luis had moves. Luis and Jason continued to kick the ball around for over an hour.

That night, something was markedly different in the Alvarez house. Luis quietly read books, played with his brother, and didn’t kick a thing in sight. The puzzle was solved!

The next day, Mrs. Alvarez went out and bought Luis a soccer ball. Every day he played out in the yard with his siblings or parents, and as soon as he was old enough he joined a league. He was quickly advanced to high-level clubs, and, now in high school, is being heavily recruited by colleges.

Luis has always had a talent for soccer. But before his skill was recognized as being a skill, it manifested as a severe behavioral problem or act of defiance. His proclivity to kick—before it was identified as a potential positive—brought incredible stress upon his family. But once it was identified and properly channeled, Luis’s skill was a huge benefit to himself and to the others that had the opportunity to play with him or watch his artistry in the sport.

We have all heard similar stories of sports figures, musicians, or actors evidencing their craft at an early age. In Creativity for Everybody (2015), we wrote about Pelé (soccer), but his example crosses over to other sports with such greats as Wayne Gretzky (hockey), Tiger Woods (golf), and Ryan Sheckler (skateboarding).

In The Element, Ken Robinson (2009) recounted the story of choreographer (Cats and Phantom of the Opera) Gillian Lynne and her difficulty sitting still in school. The psychologist to which she was sent realized that she needed to dance, and once that was recognized, she flourished. Robinson wrote, “Gillian wasn’t a problem child. She didn’t need to go away to a special school. She just needed to be who she really was” (Robinson, 2009, p. 4).

Children who have a natural way of being, or a natural talent in some area, MUST have opportunities to exercise that talent. If they don’t have this opportunity, they will either repress an important part of themselves, or they will exercise their unique gift anyway in an inappropriate context. Most often, this makes it look like they have a problem, and we adults are compelled to intervene in the spirit of good parenting or teaching.

Thousands of children who are creative thinkers face this dilemma every day in school, but their case is not as obvious to our society as handing a soccer ball to a child who kicks things or accommodating a budding dancer with dance lessons. Oftentimes these children simply posses the character and thinking traits of creative thinkers, rather than having a specific and definable “talent area.”  These underlying habits of mind that characterize creativity include: inventiveness, imagining, curiosity, questioning, risk-taking, originality, courage, and flexibility (Haydon and Harvey, 2015; Davis, 2004).

Every person is capable of expressing these characteristics, but some people naturally live in a state of curious questioning, problem solving, and exploration, just like some people have a natural proclivity for playing soccer.  If these highly creative thinkers do not have the opportunity to engage in creative thinking (i.e., exploring, inventing, imagining, experimenting, testing hypothesis, originating ideas), they will either shut themselves down (i.e., try to repress their creative thinking) or struggle to keep doing these things even if it is not appropriate (i.e., completely tuning out and living in their daydreams, or on the flipside, asking 1,000,000 questions in class, which can sometimes be to adults like kicking furniture in the house).

So how do we ensure that creative thinkers get recognized for the essential skills that they naturally possess so we can match them with opportunities to use them, just like Luis was identified as a kid who loved soccer and given a ball and a team?

First, we have to know what creativity looks like in action.  Here is what it might look like when a child is naturally expressive of creative characteristics:

As is evident from Luis’s soccer example and Gillian Lynne’s story in The Element, the most important step is to recognize the specific thinking skills of a creative thinker.  Once we are aware that a child is a creative thinker, we can draw on what we know about supporting creativity to nurture it and guide it into productive channels.

Check out Creativity for Everybody (Haydon and Harvey, 2015) for a quick-start intro to the science of creativity and how it applies to your life!