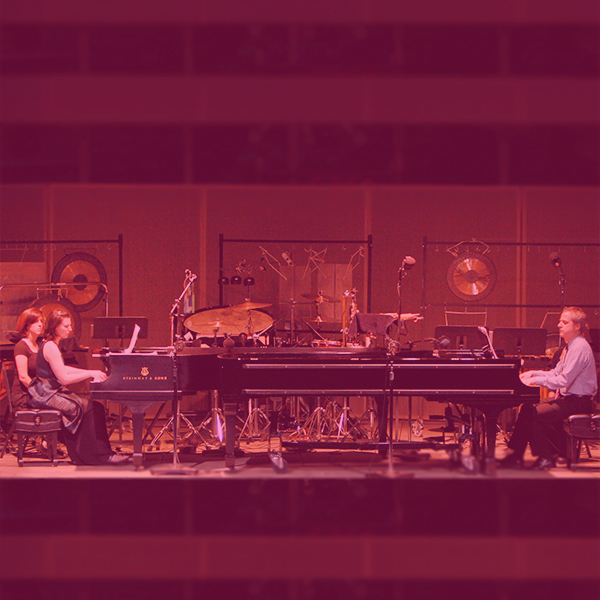 Lessons on Creativity and Innovation from Sextet eighth blackbird

Last night I attended an astounding premier program performed at Carnegie Hall by my favorite music group, eighth blackbird.  The experience got me thinking about the extent to which this ensemble of six perpetuates creative thinking and has influenced my own work, including Sparkitivity.

eighth blackbird never ceases to inspire me with their depth of creative thinking and willingness to push the boundaries of musical art.  Creativity has been palpable at every one of their many concerts that I have attended over the years.  It pulses through the group’s very being, starting with its name which is derived from the eighth stanza of Wallace Steven’s poem “Thirteen Ways of Looking at a Blackbird.”

VIII
I know noble accents
And lucid, inescapable rhythms;
But I know, too,
That the blackbird is involved
In what I know.
-Wallace Stevens

My first eighth blackbird concert took place in a trendy industrial space in Los Angeles, where the signature piece, Musique de Table by Thierry De May, was performed on a new kind of instrument: your standard CostCo folding tables.  I loved the group immediately; to embark upon such a piece required openness to new experiences, courage to do things differently, and an attitude of humor and fun.  The group also had an energetic, welcoming style of interaction with the music and the audience alike, which is not always a characteristic of classical music concerts.

In last night’s program, Hand Eye, eighth blackbird again showed themselves as innovators.  The piece, composed by another innovative group, Sleeping Giant, was inspired by a collection of contemporary art and fused live music with video design.  Throughout the performance, design images of light, color, and shape appeared on a large screen.  The images were responding live to the nuances of the music that was being performed.  One of the overall questions that the production was exploring was, “Is there a common language between technology and in-person human interactions, and is there a way to bridge the two?” (Hand Eye Program Notes, p. 27).

eighth blackbird not only uses other art forms as catalysts, but they are catalysts for new ideas.  In my case, a concert they performed sparked me to create an innovative learning space for kids, the precursor to Sparkitivity.

In 2009, eighth blackbird was music director for the Ojai Music Festival.  Lisa Kaplan opened the festival talking about the creative thinking that had driven and formed the overall program.  Then, she and famed pianist Jeremy Denk gave a rousing performance of Alaska-inspired composer John Luther Adams’s haunting piece for two pianos, Dark Waves.  As I mentally opened to the music, the piece slowly churned through my mind, reaching the depths of my soul, tearing out all preconceived notions and expectations, and leaving in its wake a space for my own creative thinking.  That night I sat up almost until morning drafting a plan to harness the percolating ideas that developed later that summer into Ignite Creative Learning Studio.

Like the piece Dark Waves, Ignite opened young minds to creative thinking, connecting personally with children’s interests, innate creativity, and eagerness to take learning to its greatest depths.  History came alive through games and re-enactments, creative writing provided a means of productive self-expression, and tinkering with math resulted in creation.  Through our unique and introspective classes, we watched our children expand their thought and implementation approaches, with smiles on their faces as they discovered their individual talents and personalities.

We followed, as we do today with Sparkitivity, what could be described as a list of best practices for creative thinking and expression gleaned from eighth blackbird:

Serendipitously, the second to last piece of the 2012 Ojai Music Festival program was again Dark Waves, this time performed by Norwegian Leif-Ove Ansnes and Marc-Andre Hamlin from Canada.  With ideas of Ignite’s evolution swimming through my mind, I closed my eyes and once again let the music sink in; the vast, open, and frigid Alaskan sea swirled ideas into formation.  The idea of Ignite had been growing since its inception.  Teachers and families around the country were drawn to its potential to spark their children’s learning and self-knowledge.  Over time, the concept of Ignite expanded into a more robust idea, an idea that needed its own name.  That idea was Sparkitivity, and that’s where we are today, with gratitude to eighth blackbird for continued inspiration and creative rejuvenation throughout the years.