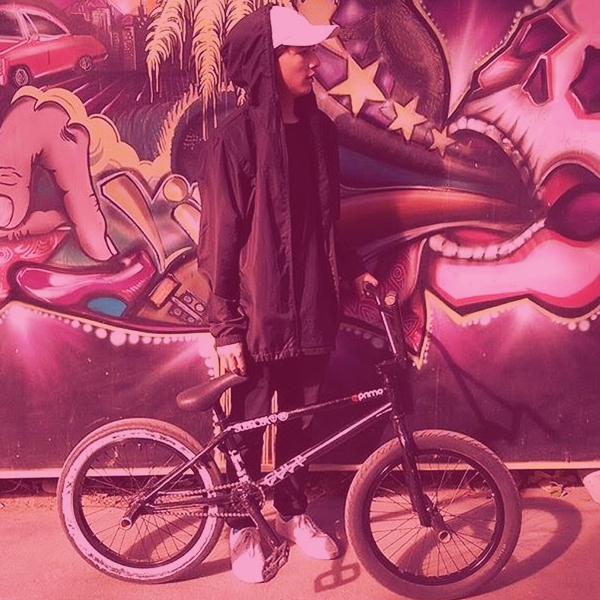 This is What Happens When Kids’ Creative Strengths Are Leveraged

“Motivating, inspiring, and hard.”  These are the words that my former student turned entrepreneur, Nicolas LeBrock, used to describe his recent venture into fashion design.  What these words mean to me is that kids want to be inspired and they want to work hard, if the work uses their abilities and is meaningful on an individual level.  Often, we as adults need only to point out their strengths and allow them to prove their greatness to themselves.  It is unfortunate that, more often than not, they need to look outside of school for these opportunities to be inspired and encouraged.

One of the main things that fuels my teaching and work with families is seeing students apply the creative light inside of them.  Every child has strengths that need to be discovered and be put to use.  Imagine my joy when I learned recently that a former student, Nicolas, age 15, had started his own fashion line and was running a small business to sell his clothing!

Creative Approach to Summer
Last summer, between his 8th and 9th grade years, Nicolas’s parents wanted him to do something educational.  His mom, Linda, asked, “What would be interesting for you to do to keep you engaged in learning this summer?”  Since he didn’t want to attend camp, Linda suggested that she give Nicolas a micro-loan so that he could start a business.  He lit up at this idea and decided that he wanted to screen print his drawings onto t-shirts and other clothing items.  He researched and found wholesale t-shirts, built his own website, created products, and began to sell them online.  Nicolas told me, “I really like fashion.  There are a lot of clothing companies but I wanted to make something different.  I wanted to do my own thing.”

Linda’s $100 micro-loan to Nicolas grew from there by his own reinvestment. “My mom helped me start out, and as I progressed I started to make some more money, saved it, and invested it back into the business to make more shirts and clothes,” explained Nicolas.  He tapped into his network and collaborates with a classmate who is a photographer to take product photos so they can market through Instagram and Snapchat.  He even got some shirts into the hands of a famous BMX biker who is going to promote them on social media.

Creative Strengths Not Understood at School
Nicolas is, and always has been, a kid brimming with creative strengths.  However, these strengths—as often happens, anecdotally and according to a half century of research (Amabile, 1989; Beghetto, 2010; Davis, 2004; Goertzel et al. 2004; Kim, 2008; Torrance, 1963; among others)—are not frequently leveraged in the classroom.

Many creative thinkers don’t thrive in school, and it’s not because they have a learning problem.  In fact, it’s often because their very strengths—the ability to make complex connections and think differently; a desire for deep meaning; their sensitivity, intuition, and internal motivation—aren’t activated in a one-size-fits-all, standardized approach to education.  Often, these strengths are misinterpreted as deficits because of a poor fit with “the system,” which causes further struggle and disillusionment.

Applying Creative Learning
In his early childhood years through third grade, Nicolas did well in the hands-on, multi-disciplinary classes at his small progressive school.  His depth of thinking shone behind his eyes, and we his teachers loved that.  However, when he matriculated to a different upper elementary school that practiced test-based teaching, he became disengaged.  His mom, Linda, said, “There was lots of memorization and the learning was not connected to any bigger picture. This approach and environment were killing his spirit.”

Concurrently, Nicolas was an engaged student in rigorous but creative classes at Ignite Creative Learning Studio (the precursor to Sparkitivity).  This contrast showed that his creative thinking ability and inclination toward original thinking was not being nourished enough in the regular school day.

So, we began to apply creative learning principles to school subjects.  To give Nicolas a new entry point into math, we connected him with a professional video game developer and mentor.  They worked together on coding to explore math concepts, and in the process, he was introduced to web design and programs like Photoshop that allowed him to apply his original ideas and design talents.  He soon got a summer internship at an architecture firm where he learned Sketch-up, and was able to further develop his skills.  By approaching a traditional subject (math) in an untraditional way (coding), Nicolas discovered all sorts of avenues through which he could channel his creativity and high motivation to do meaningful, rigorous work.  Ultimately, this led to his current initiative creating an “underground clothing company,” as he calls it.

Using Strengths Leads to Future Vision
More than just an adjunct activity, Nicolas’s entrepreneurial venture has influenced his future vision, his perspective on school, and his self-knowledge.  “I learned that when I get into something I keep going and I don’t stop until I succeed.  That’s my mindset in soccer, and I applied it to this because I want to do well and have a future,” he said.

According to a longitudinal study that followed children through to adulthood to measure creative achievement, conducted by E. Paul Torrance, “. . .having or not having a future image that they were in love with was a better predictor of adult creative achievement than indexes of scholastic promise and attainment in school” (Torrance, 1983, p. 73).  Torrance went on to say, “My experience and research have increasingly made me aware of the dreadful importance of falling in love with ‘something’ –a dream, an image of the future. I am convinced that the driving force behind future accomplishments is the image of the future of people” (Torrance, 1983, p. 72).

Torrance’s statement applies universally, as it did to this particular student.  While Nicolas would “much rather make designs and draw all day” he has realized that “to succeed more I need to stay in school.”   Because of his work, he has learned about colleges that focus on design and even did an early college tour to one of them.  He could see himself in such a creativity-focused environment.  This vision has motivated him keep his GPA up, and it has given him additional motivation to slog through the hard work that before might have seemed not worth doing in the past.

Said Linda, “He needed to find a place where he could be rewarded and not punished for being who he is.  Through his business, he has recognized that there is a way in the world where he can use his creativity.”

More than ever today, it is essential that we look at all students individually to try to understand their strengths, abilities, interests, and motivations (Haydon & Harvey, 2015).  As parents, teachers, or mentors, if we can draw these out and make a connection, the course of a child’s life can change in a positive way.  As is almost always the case in such a success story, Nicolas’s mother clearly saw and acknowledged his creative strengths even when teachers didn’t see them.  She found ways to support her son’s desire to learn in a way that he could truly think and be creative.  “Creativity is the highest form of mental functioning,” said Torrance (Millar, 2004, p. 57).  When a kid starts a business based on his interests, the truth in this statement becomes self-evident.

Learn more about how we help families  => Parents

Terms of Use
©TEXT Sparkitivity, LLC. All Rights Reserved. Designed by Sozoe Creative