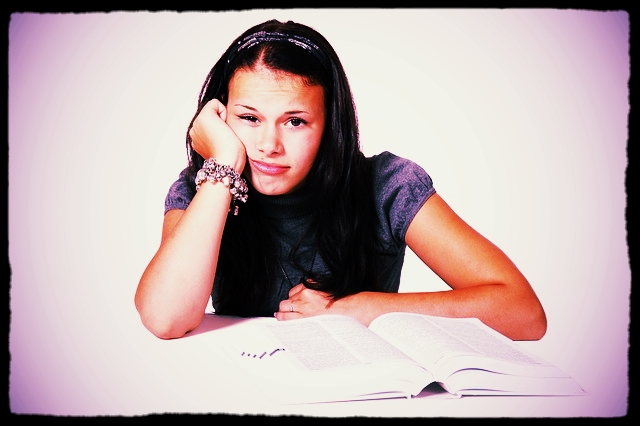 One of my students, a highly creative second grader, declared, “Science is horrible. It is so boring. I love robotics.”

To which I responded, “Robotics is science.”

To which I received a vehement denial, as if I had pierced an arrow in the heart of the robot itself, “Robotics is not science. Science is science and it is completely and utterly boring.”

This came from a child who is a keen observer of nature; one who is fascinated with chemistry and creates his own experiments; a maker who studies the design and construction of every machine that crosses his path; and a devotee of the Wild Kratts (an animal science show), The Magic School Bus (a cartoon and books that teach science concepts), and How It’s Made (a program that goes into factories to observe the process of construction of a myriad of products).

I was truly sad. After only two full months of formal school science, this young scientist now thought he despised the topic because there was no engagement nor joy in it.

Ironically, the very day of this conversation I had been to the New York Hall of Science (NYSCI) where I was immersed in an innovative, laboratory-based organization that is at the forefront of learner-centered science. School children in the NYSCI Design Lab that day were designing inflatable characters and forms with what looked like clear plastic garbage bags and fans. I received a tour of the Maker Space, complete with 3D printers, every manner of tool, and a fascinating discussion about the future of consumer product delivery.

Considering this, I began questioning my student about how this “boring science” was being taught.

“What are you doing in science?” I asked him.

Following was a grumbling noise. “The life cycle.” Hmmmm. This had come up earlier in a less pronounced manner over a month ago. They had been studying life cycles back then as well.

“What activities do you do to learn about life cycles?” I asked.

The reply: “We look at life cycles in our textbook and then we draw them.”

“Does your classroom have butterflies so you can watch them go through their stages?” No.

“Do you have tadpoles in the classroom so you can see how they change?” No.

OK, so I began to see what was happening.

“Do you watch movies?” Sometimes The Magic School Bus. (Oh good at least there’s that!)

Tony Wagner (2012) addressed the issue of boring science in his book Creating Innovators. He profiled a student, Kirk Phelps, who was the product manager for Apple’s first iPhone. As a high school student, Kirk had a passion for science. However, he felt stifled by the rigid science curriculum at his elite boarding school so he applied to, and was accepted at, Stanford a year early without a high school diploma.

At Stanford, one of Kirk’s defining moments was taking the Smart Product Design graduate course taught by Ed Carryer. Carryer’s approach engaged students in hands-on and open-ended team projects with real-world applications. The projects built on information they learned in their readings and lectures.

Carryer told Wagner that he empowers students by presenting them with different types of problems, not just problems to solve on a test for which there is a known answer. In other words, his entire approach engages students’ creative thinking as they originate, explore, ask questions, hypothesize, and experiment.

Carryer also adds one more dimension to each project: whimsy. Thinking about the science activities my student loved, I can see there is whimsy and intrinsic curiosity in them all: The Magic School Bus is a whimsical cartoon that taps into viewers’ imaginations; the Kratt brothers use their imaginations and a mix of reality and fantasy to explore animal adaptations; by observing the way things work and making up experiments, my student is making observations and asking his own, meaningful questions.

So, what if we applied Ed Carryer’s approach to teaching science classes at all ages, from preschool on up? What if we presented science as an exploration of open-ended questions rather than a set of facts that need to be learned? What if we let kids make up their own problems to explore? How might this approach increase science engagement in class or at home?

Einstein spoke much about the importance of forming problems (i.e., being curious enough to ask questions). Jacob Getzels, a former psychology professor at the University of Chicago, conducted foundational research on this topic in the 1960s, 70s, and 80s. Getzels (1982) identified three main types of problem situations:

Usually students are asked to solve presented problems, those with known outcomes and specific ways they are to be solved. Some students are content with solving this type of problem.

However for the highly creative and curious, like my student and Kirk Phelps, this approach to learning is often the least engaging and most boring. For someone who thrives on discovery, a diet of presented problems can lead quickly to disengagement that might manifest as behavior issues, work refusal, laziness, lack of attention, or missed homework assignments.

Taking the “Boring” Out of Science Immediately: Home and School

How can we either introduce our kids to exciting science from the start, or change their perceptions by giving them opportunities to explore science with high-level creative thinking?

The first step, as it often is, is to encourage curiosity.

With your kids or students, stage a question brainstorm about a topic (Berger, 2014). Start by asking, “What might be all of my questions about insects?” Or trees, or the ocean, or the stars, or machines, or gravity, or whatever other topic strikes an interest. Once you have a list of questions, pick your favorites and begin exploring together with books, online resources, field trips, and conversations with experts. You can do this as a teacher or a parent to engage students in their own explorations of topics that are part of the required curriculum.

The second step is to seek out and expose kids to excellent and even whimsical science resources. For the younger set, The Magic School Bus and Wild Kratts are great shows. The Magic School Bus is a book series as well. As they get older, check out How It’s Made and NPR’s Skunk Bear. Podcasts such a Tumble and Brain’s On are excellent for all ages, actively encouraging kids’ curiosity by answering their submitted questions on the shows. NYSCI has created iPad apps called Noticing Tools to make science and math meaningful, challenging, and fun. They also offer extensive teacher training and resources.

Innovative museums like NYSCI are great places to take your kids. The Center for Gifted in Chicago offers some of the best courses we’ve ever seen that are challenging in content and originality alike.

Finally, don’t forget that many activities in daily life include science: cooking, exploring nature, melting ice cubes, mixing baking soda and vinegar. Science is all around, and as we can get kids to realize that this is indeed science, we will help them realize science is so much more than copying life cycle diagrams from their text books.

What are your favorite resources that combine science teaching and creative thinking (exploring, experimenting, hypothesizing, originating, making up problems)?

Kathryn Haydon is a learning specialist, writer, and speaker. Her second book, Creativity for Everybody, is a Steal Like an Artist approach to the science of creativity.

Learn more about how we help families  => Parents