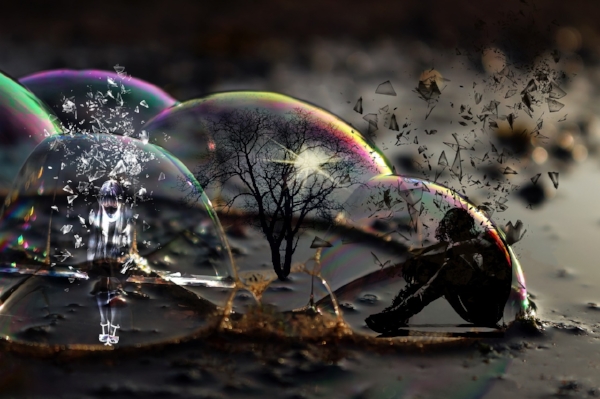 When You Say You’re Not Creative…

When you say you’re not creative, you inadvertently perpetuate a myth. The myth that a person can be exempt from having creativity doesn’t even make sense. Go ask your mom what you were like when you were a little kid.

Did you ever find an alternate use for your bowl of yogurt—a hat, perhaps?

Did you build something out of Lego or blocks without following directions?

Did you figure out how to evade your parents when you wanted to get away with something?

Have you tried a new topping on your oatmeal?

Have you made up a pun?

Figured out how to fix your computer?

Come up with an idea different from someone else’s?

These are all hints at the creativity which you do indeed have, and in order to prove this I share with you what I like to call the Creativity Trifecta:

The first empirical study that definitively showed that everybody is creative was begun by George Land in 1968. He gave 1,600 four- and five-year-old children a creativity test that he had developed to find innovators for engineering and design positions at NASA. He tested the same children again when they were 10 and again at age 15. Land and his team then compared these scores with a large sample of adults who also took the assessment. Take a look at the percentage of test-takers in each sample that scored in the “genius level” for creative imagination.

This insightful study shows that while you may not be exercising your creative genius at the moment, you certainly have the raw materials. The good news is that it can be regained.

Creativity Can Be Taught and Practiced

Scott, Leritz, and Mumford (2004) found that creativity training programs, if well-designed, lead to higher creativity. Earlier, Parnes (1987) used decades of research to prove that creativity can be improved when it is deliberately cultivated.

Conversely, creativity is likely to flounder when it is not nurtured. It can seem to disappear, as in the 98% of 280,000 adults who took Land’s creativity assessment. Ken Robinson’s “Do Schools Kill Creativity?” is the most watched TED talk of all time and goes into detail about the creativity free-fall in education. Diminishing creativity is also experienced in the workplace and families when the culture does not support divergent thinkers and their new ideas.

It just might be that the main reason you think you’re not creative is because you compare yourself to others who are famous for their creativity (Steve Jobs, Pablo Picasso, and Lady Gaga) or to people in your own life who are known for their creativity.

When you’re in a comparison mindset, you inadvertently diminish your own creative ability. You envision Picasso and your highly divergent friends on a pedestal that you cannot possibly ascend. All you can see is yourself standing in the shadows on the lowest rung of your tiny ladder. Creativity looks so far off, so unattainable.

In this mindset, all the negatives creep in. The biggest culprit is fear, especially fear of judgment. It reinforces the false belief that you are not creative and when you are operating under fear you are using a very small part of your brain’s capacity.

Society has perpetuated the myth that creativity has to be comparative, and if comparative, mutually exclusive: “If Picasso is creative then I am not.” This reasoning is incorrect.

In 1995, researcher Mark Runco started working to clear this up by discussing “personal creativity.” Beghetto and Kaufman talk about the 4C’s of creativity and Ruth Richards has named “everyday creativity.” These theorists all show that all humans, no matter how eminent, use creativity in daily life. An idea or product does not have to be eminent to be creative.

My book with designer Jane Harvey, Creativity for Everybody (just came out in Spanish!), is a quick-start guide to the basics. If you rotate the book 90 degrees to the right you can read sideways prompts that help you exercise your creative thinking. For example:

“Try thinking like someone else: an alien, a rock, a stray cat, a high school math teacher” (p. 13). The point of this question is to help you look at things another way, to gain a new perspective. Just like any skill, if you practice, you will improve.

If you’ve been in school for several years, creative thinking might feel uncomfortable at first, especially if you’re a high achiever. You have been trained to find the right answer. Divergent answers are not always acceptable. If you find out exactly what the teacher wants and deliver on it, you will likely get an A.

Good for you to figure out and master the system, but there is unfortunately a huge flaw in the way it was set up: life doesn’t work this way. At this moment the world is changing faster than it ever has before. When electricity was introduced in 1873, it took 46 years to be adopted by 25% of the population. When the internet was introduced in 1991, it only took 7 years. This acceleration of adoption forces us to change constantly. In order to change we have to adapt, and this requires creative thinking.

A recent study revealed that 94% of hiring managers say creativity is important to consider when hiring a candidate for a job; CEOs place creativity as the top leadership skill. You need your creativity if you want to thrive in life. But every time you bash it by saying you don’t have it, you lose an opportunity to exercise it.

The one-right-answer mentality trains us not to take risks. In order to take risks, you have to be willing to make a mistake. Once in a while a teacher will come along who encourages you to think your own thoughts and here you might freeze.

To open your mouth in a classroom and voice a creative idea you have to take a risk. You’re not used to doing that, because there is usually one right answer. If you are asked to come up with a new answer, an untested answer, you might be judged by your peers or even by your teacher. Maybe your new answer is not the one she wanted either!

But in the working world you must differentiate yourself and you must be able to solve problems creatively. So wherever you are—in school, at work—try taking taking little risks. Peter Sims calls these little bets, and advises that we take small risks and fail fast.

In other words, don’t let the first risk you ever take be taking out a second mortgage on your house to try a new business idea. Start instead by doing something that gives you slight discomfort, like driving a new route to the grocery store or sharing an unconventional insight in your next meeting. As you practice taking small risks you will become more comfortable sharing the fresh perspectives that you have gained by practicing your creative thinking.

Now that you are aware of the universal nature of creativity and you have a resource to practice creative thinking, fear is the only thing standing in the way of training it back. (Fear can also come in the form of saying, “I’m not creative” to protect yourself from risk. You now know that this is false, so if you keep using this line it is heretofore a cop-out. Everybody is creative.)

It’s better to build your creative thinking now than after you get fired from your job for not being able to find solutions to the problems that arise. The best way to do this is to start taking little steps to exercise your true creative genius immediately.