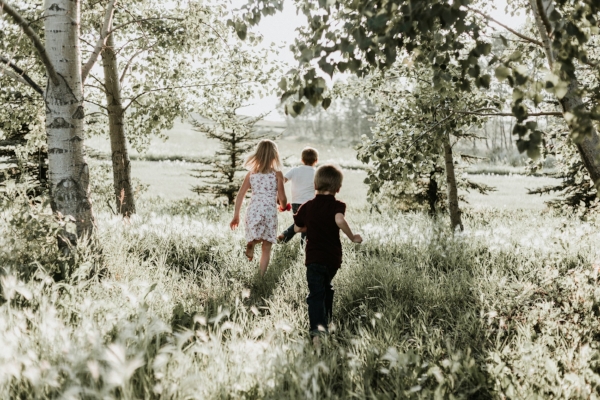 Should We All Take Note When Silicon Valley Parents Opt Out of Schools with Tech?

Many of us want our kids to be fully engaged in learning, to keep up with the latest trends, and to be prepared for the jobs of the future.

So what are we to think when we hear that Silicon Valley titans—those who are thriving in this new economy by inventing cutting-edge technology—don’t even let their kids have iPads and send them to unplugged retro schools? What do they know that we don’t? Do they see danger in too much technology?

Futurist and founder of Wired Magazine, Kevin Kelly, is a Silicon Valley parent of three adult children. When I spoke with him on the topic of education, he underscored the advantage of being different. In the field of creativity, we also value difference. Creativity allows us to think different thoughts to come up with new ideas to solve problems. People’s individual combinations of creative strengths inform the unique contributions they can make to the world.

In his book The Inevitable, Kelly wrote about the shift from television culture to internet culture. Back in the 1990s, television executives and others were incredulous that their audiences might actually become participatory contributors, rather than the passive consumers they were with T.V. Yet, the data show that about two thirds of the internet has been created by the ‘audience,’ not by a handful of corporations running the show.

I asked Kelly what implications he thinks this shift from passive T.V.-watchers to active internet builders has had on learning. Kids can now use technology to create content from a young age. Do they need to have these tools at school to be engaged?

My own work has shown that students don’t necessarily need tech, but they need to be active participants rather than the equivalent of T.V. consumers in their classrooms. They need opportunities to use their original thinking to process the content.

Kevin Kelly is a rare expert who truly understands where tech is headed and he told me, “I’m not sure we want the environment of school to reflect only the current media landscape. There is value in quiet contemplation, going deep as you might do into a book, being involved in nature.”

He continued, “We have to be careful about having a school that reflects only one part of what a full life might be; school should institute something bigger than just work. As we remodel education the target is not to produce better workers but wider thinkers. There is an advantage to being different and being able to challenge the current zeitgeist. . . but if you have education that mirrors society too much it won’t be effective in improving it.”

That’s what’s good about our entrepreneurial culture and many of the educational experiments going on throughout the country. We have a diversity of parents, educators, and entrepreneurs and school leaders coming up with new ways to effectively educate the next generations of students. Some of these are high-tech experiments. Others are taking a completely different approach and looking outside of the current zeitgeist, to put it in Kelly’s terms.

Waldorf schools, such as those favored by tech titans, were founded in the early 1900s in Germany by Rudolf Steiner. They are based on a philosophy that imagination is essential in learning and they take a holistic approach to teaching and learning. Traditional Waldorf schools include handwork activities like knitting and they have little to no technology in the classroom.

Another approach that is gaining in popularity is the classical model of education. Founder Katy McKinney of the new Classical Academy de Lafayette (CAL) near St. Louis wrote, “We are in the business of forming minds, not programming machines. We are breaking rank with modern education and instead drawing on the 2500-year track record of classical education.” At CAL, there’s only one computer in each classroom, used to show videos about history or play classical music. Students hand write their papers in cursive and are not allowed to have personal technology devices. Yet, they are fully engaged in thinking and learning.

Classical education, Waldorf education, forest schools, homeschooling, and other models represent a deliberate step outside the typical norms and trends. If Kevin Kelly and many other techies in Silicon Valley are right, I suspect that we will be looking to the variety of micro and macro educational movements to inform new directions for the most effective learning practices of the future.

Kathryn Haydon teaches leaders and teachers how to spot and develop 21st century innovator strengths. You are welcome to download her free Creative Strengths Spotter tool here and join thousands of others who receive the twice-monthly Strengths Report. Start supporting true innovation now!