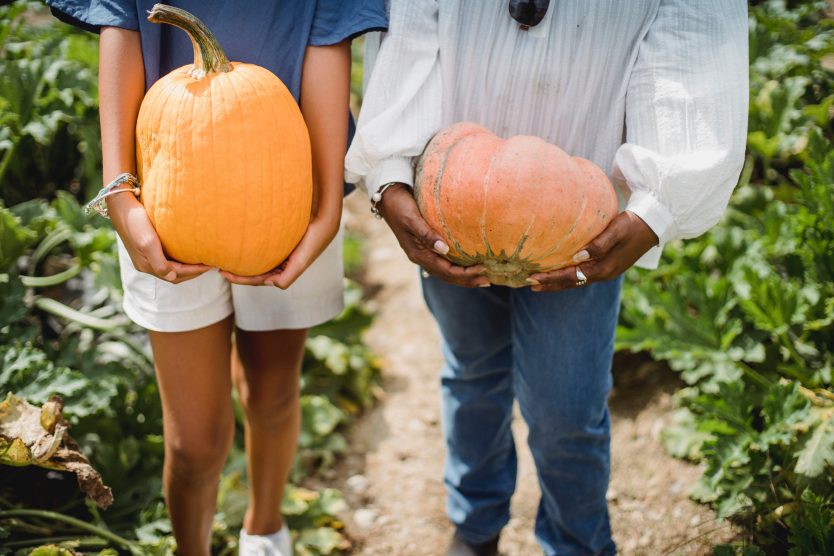 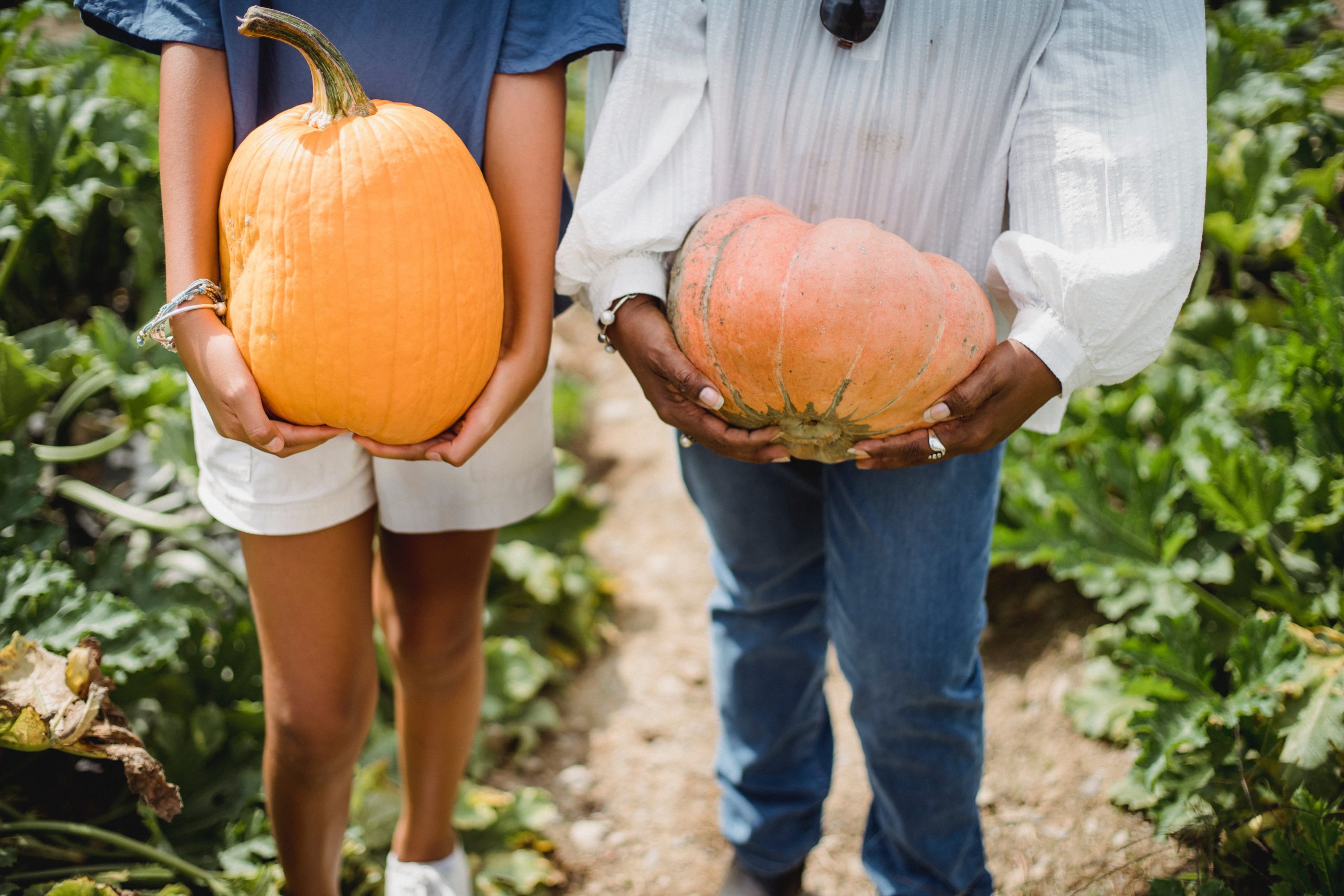 Guest post by Nicole Levy, kindergarten teacher at Rippowam Cisqua School in Bedford, New York. Mrs. Levy is one of the teachers in the school’s second Innovation Cohort, led by Sparkitivity’s Kathryn Haydon and RCS’s Innovation Director Miles Cameron, to create a grass roots move toward deeper learning throughout the school. Teachers were trained in the Torrance Incubation Model to help them easily integrate high-level creative thinking into their content areas and deepen student engagement.

Gardening with children has long been a popular activity in classrooms, for good reason. Caring for a seed and watching it give life to a stem and two tiny leaves is awe-inspiring. Learning about the cycle of life and where food comes from is important.

But, often these lessons become “crafty,” teacher-centered, and boring.

This year as a member of the Creativity Cohort at Rippowam Cisqua School I was introduced to the Torrance Incubation Model of lesson planning.

The Torrance Incubation Model challenges teachers to think “out of the box” and plan lessons that encourage students to imagine, innovate, and create.

It provides a simple framework for teachers to use while planning. This was the perfect opportunity for me to try gardening with my students in a different way. I decided to plant a pumpkin patch with my Kindergarten class. 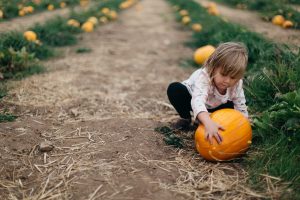 Using the Torrance Incubation Model, I chose my creativity goal, be original, from Torrance’s creativity skills.

My content goals were traditional. I hoped to teach children how to prepare soil, take care of seeds and plants, and learn where pumpkins come from. But, I wanted to do this in a non-traditional way.

Gardening is more than placing a seed in soil, giving it water, and watching it grow. It is about connecting to the natural world and cultivating children’s sense of wonder. Gardening engages all the senses and gives children and adults perspective by introducing us to a different world. I wanted my class to be invested in the process of gardening.

I began in the fall by heightening the students’ anticipation. I was lucky that we were able to convert a sandbox directly outside our classroom into our garden.

“We are going to build a garden out of the sandbox. What should we do first?” I asked the children.

The answer was obvious. We had to take the sand out and remove the play structure from the sandbox, but how?

As a class we decided to ask our school’s custodians for help. Thankfully, they were willing and, using a front loader, dug out the sand and carried away the play structure. Watching this unfold from our classroom window built excitement and motivated us to get started on the next step.

Our school’s science teacher introduced us to a layering technique, which we decided to use to build the garden.

Step one: lay down cardboard

Step three: let everything sit through the winter

Step four: add soil and mix in the spring

Parents were happy to donate boxes and students helped to break them down and carefully layered them in our garden.

During recess time, Kindergarteners worked together to determine the best way to get the fallen leaves into the garden. Ultimately, the children separated themselves into two groups: the gathers and the transporters. While the gatherers made piles of leaves and put them in buckets and wagons, the transporters ran back and forth carrying and dumping them on top of the cardboard.

Building the garden this way required teamwork and problem solving. It also helped students to bond with each other by providing a shared experience. The students experienced the feeling of satisfaction that comes with a job well done and gained a sense of ownership over the garden.

Now that children were invested, it was time to deepen expectations and dream about what we wanted our garden to look like. During the long winter months, children spent time in the classroom looking through seed catalogs and garden design books.

We discovered that rather than planting in rows, we could build teepees and arches for pumpkins to climb and plant in patterns.

Using pastels and rulers, children drew maps of their dream gardens.  In this activity, they each applied the creativity skill be original. Students recognized this as an opportunity to create beauty; they thought deeply and drew detailed designs.

Individually, children used their best spelling to make lists of the varieties of pumpkins they wanted to plant. By projecting seed websites on our white board, we were able to shop as a class.

This was another opportunity to experience the originality of pumpkin seed names, and to use our own originality to select a unique variety of seeds for our garden. Together we read the descriptions and decided on Cinderella, Wee Be Little, Moonshine (white pumpkins), Rock Star, and Blaze and placed the order. When the seeds arrived there was still snow on the garden! Dressed in their winter clothes students shoveled off the snow. Everyone was anxious to plant!

Again our custodians helped us by delivering topsoil, but we still had to mix in the leaves, add compost, and even it out. After reading Bob and Otto by Robert O. Bruel, we learned how important worms are for plants and collecting worms became a favorite activity.  Worms were brought in from home and dug up all over the playground to add to the garden. Rather than being “yucky” worms were treated with the upmost care and consideration.

Finally, it was warm enough to plant. We decided to build a teepee and hills. Children hunted for the perfect teepee sticks and piled soil high to create hills. “Happy growing!”and “See you when you are a plant!” were words of encouragement children offered their seeds as they tucked them into the soil.

Once again, this playful but intentional approach gave students an opportunity to be original as they selected their materials, made their structures, and thought of the pumpkins as living beings.

When the first sprouts appeared the children were as thrilled as proud parents—it was love at first sight! “That one was mine!” was a shouted by many excited students.  Their hard work and patient waiting had paid off. Our pumpkin plants were growing!

Now, in a way our work was over. The spring rain took care of watering our plants and the layer of cardboard prevented weeds. All we had to do was to be patient and wait.

“What will happen to our pumpkins?” was a question that came up.

The students realized by the time our plants produced pumpkins they would be first graders in classrooms on the other side of the building. They were growing, just like our pumpkins!

Solving this problem became a way to extend the learning.  As a class we decided that our school’s youngest students should have them. Many children in our class knew little ones entering the school the following fall. They could pick the pumpkins and use them to decorate their classroom. It was their gift to the littlest ones and would make them feel welcome in their new school.

School began this week and that is exactly what we did. Now our new kindergarten class will begin to clean the garden, prepare for winter, plan, dream, and plant!

The cycle of life continues. 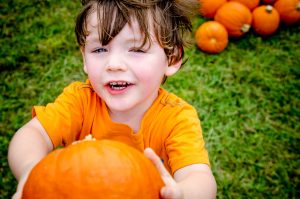 For more articles on the Torrance Incubation Model, click the tag below!