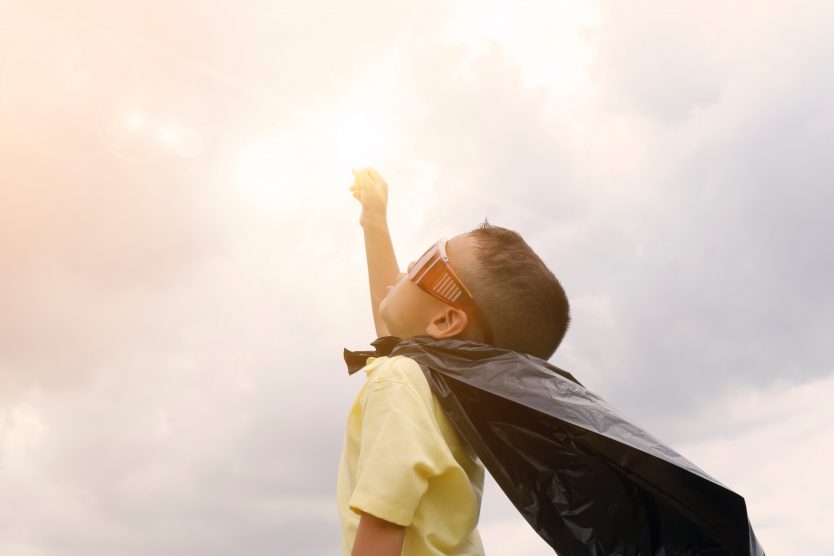 Unleashing Superpowers in the Classroom 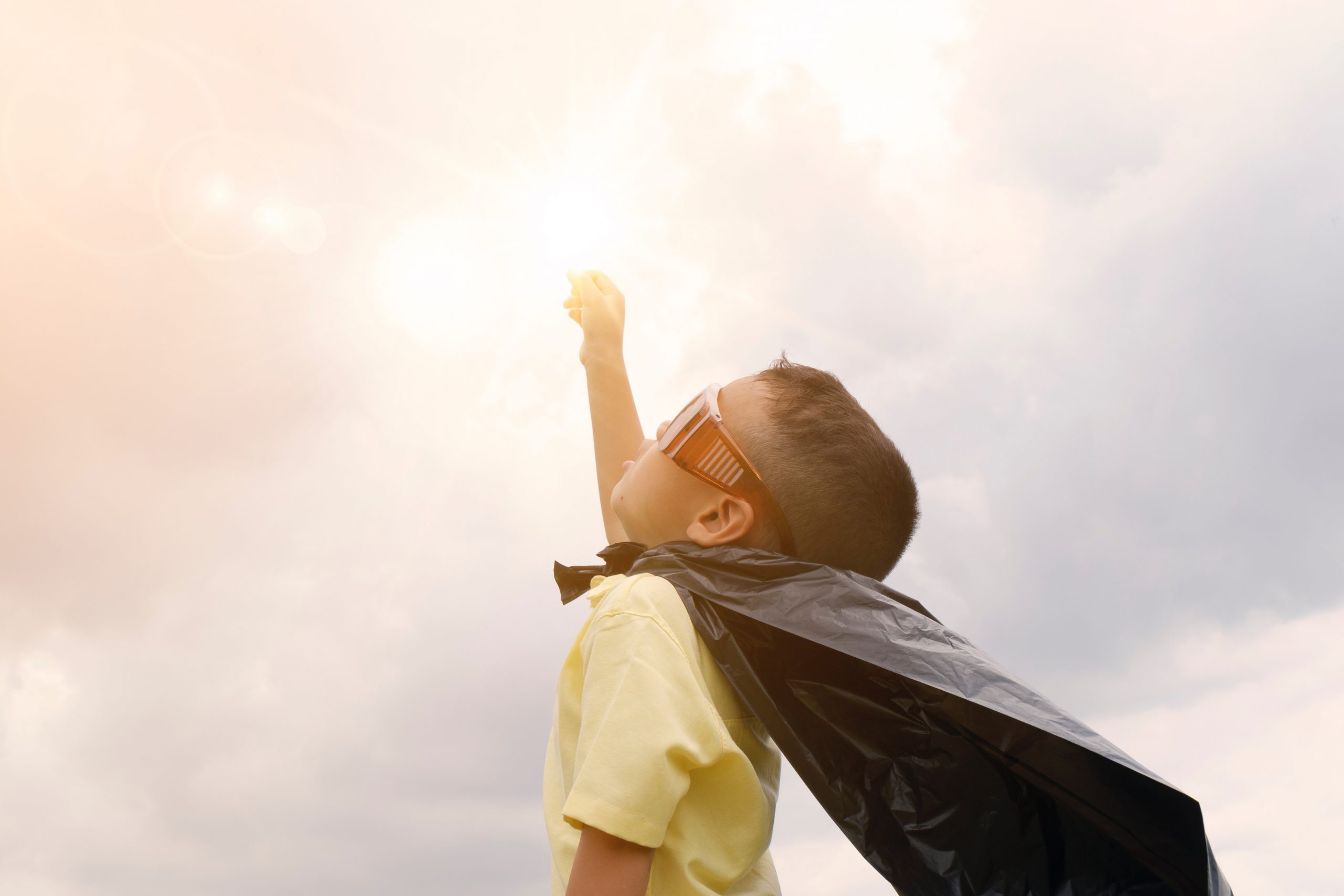 Guest post by Analia Carcer, a middle school English and humanities teacher at Rippowam Cisqua School (RCS) in Bedford, New York. Analia is part of RCS’s grassroots creativity cohort and has been trained by Kathryn Haydon in teaching practices that draw out high-level student creativity, including the Torrance Incubation Model.

Children amaze us everyday both in and out of the classroom. They are fearless, take risks, adapt quickly to new situations, have a never-ending supply of energy, are straightforward and honest, and have a unique view of the world.

Is is too much to say that these are their superpowers?

They will climb high on trees and structures at the playground: fearless.

They will make new friends in minutes: risk takers.

They can move faster than you expect–or even want them to: infinite energy.

They go from Algebra to Shakespeare: transform.

They ask questions that you’d rather they didn’t and would rather not answer: seek the truth.

They see animals in the clouds: one-of-a-kind.

These characteristics can be used to describe the superheroes found in books, on television, and in the movies. Wonder Woman, Ironman, Superman, Silver Surfer, and Storm are only a few that emanate these powers. Children, and adults, are entertained by and even glorify these characters.

How can we glorify our children and help them to see that they are in fact, superheroes?

A study conducted by Rachel White et al., explored the “Batman Effect” (2016). The study looked at four- and six-year-old children’s perseverance through a boring 10-minute activity on a computer to find out whether their success was linked to self-distancing.

The participants were broken up into three groups. The first group was to ask themselves, “Am I working hard?”

The second group was instructed to refer to themselves in the third person, asking, “Is ______ working hard?”

The final group was asked to pretend they were a strong character, like Batman or Dora the Explorer. Each child was given a cape or other prop. They were to ask themselves, for example, “Is Batman working hard?”

The researchers found that after 10 minutes of work, the children wearing the capes and calling themselves Batman persevered while those in the first group required multiple breaks and struggled to complete the task. The Batman group found the confidence they needed to persevere in the capes that they donned.

As I was reading about this study, I imagined my classroom full of superheroes wearing capes and accomplishing tasks that seem insurmountable without breaking a sweat.

What better way to see this theory in action, and test if it works with older children, than with a writing assignment?

Writing can be a daunting tasks for many students. It requires focus, practice, and diligence, all of which students are in the early stages of understanding and many may struggle to master. They are constantly learning new vocabulary, new information, and new ways to convey their ideas.

The thought of filling a page with words can quickly generate a palpable level of panic and terror in a classroom. Creating lessons that play to students’ strengths, in creative and novel ways, keeps them engaged and makes the challenge of composing written work less overwhelming and more stimulating.

I was tasked to create a project so students could convey their understanding of the elements of a story–setting, plot, characters, conflict, and theme–by writing a short story.

I designed the project and individual lessons following the Torrance Incubation Model of Teaching (TIM) (1999).

Heightening anticipation, the first step, took many forms throughout the project. Huge yellow Post-its on the back wall of my classroom were labeled for each student, favorite childhood short stories were brought to school, and a large stack of black fabric sat on a table.

Student curiosity was piqued and they began to question how they were going to use these objects.

Deepening expectations is the next step. I introduced the project: students would compose a short story using themselves as the inspiration for the main character. They filled their Post-its with images of things that were meaningful to them. The images would be transformed into the character traits for the main character, a superhero with unique superpowers.

We read the short stories that they brought in, many of which had superheroes as the main characters. We identified the elements of a story and analyzed the characteristics of the genre. Students became quickly and deeply enthralled by the short stories they were composing, all while wearing their black superhero capes.

In extending the learning, the final step of TIM, students analyzed how the superpowers they gave their main characters reflect what contributions they can make to their world.

This was a new and different way for these students to experience writing. It was a vividly creative approach to learning and writing. The final pieces they produced were more descriptive and of greater quality and depth than they had previously written. Most importantly, they enjoyed the writing process, some for the first time.

The English teacher in me is happy that the learning continued as we conducted our novel studies, both independently and as a class, as students were able to clearly see the elements of a story: like the superior vision of Superman, Spiderman, and Jack-Jack. Students included descriptive words to enhance their writing and conveying their thoughts to the reader: like the telepathic powers of Doctor Strange, Professor X, and Jean Grey.

As an educator, I hope they continue to learn that they are in fact superheroes and posses magnificent superpowers.

The next time you see a child do something ordinary in an extraordinary way, ask yourself, “Is that a superpower?”