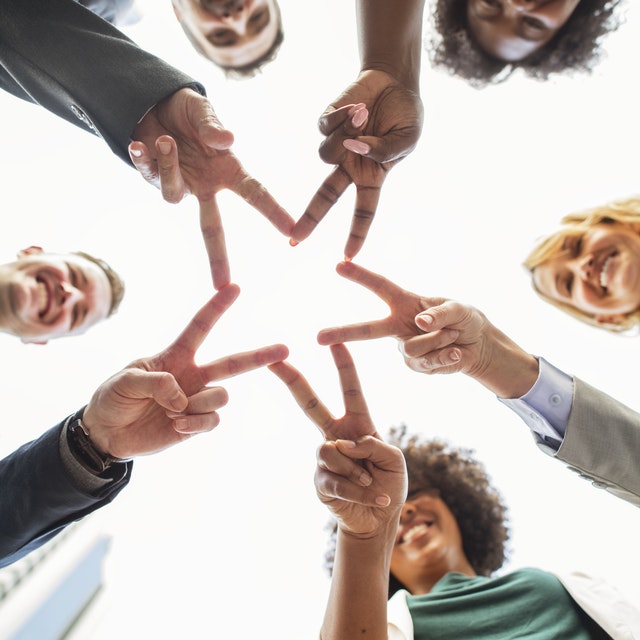 Creativity and Your Network

What if the best “networking” is actually an enriching expression of creativity?

We tend to associate networking with a shallow effort to build up our contacts from nothing, to gain more business opportunities.

But it turns out that a deeper look at network science shows this view is off-base, and that the reality is much less of a slog and a lot more fun.

Through a research-based study of network science, David Burkus pinpointed 11 universal principles that, if followed, can help us grow our productivity and creative thinking potential as we work better with our network.

In his latest book, Friend of a Friend, Burkus lays out each principle, shares business stories to show how it plays out in practice, and summarizes the research that supports it.

We Already Exist Inside a Network

The key to Burkus’s insights is one fundamental truth: we do not build our own individual networks, but we are already embedded inside one massive network that we need to learn how to navigate.

When we, like network scientists, begin from this premise instead of the typical ego-centric view, the results can be game-changing.

But what does understanding that we are all in one giant network have to do with being more productive and creative at work?

How Networking and Creativity are Related

One principle from the book summarizes an interesting parallel between creative productivity and networks.

We tend to gravitate toward people whose ideas we agree with and who are most like us. Homophily is a research-backed network science theory that over time we are pulled toward this sameness in our relationships.

This is similar to what happens to our creativity—it tends to decrease unless we are deliberate about reversing the trend.

Read Next: This is What Happens When Kid’s Creative Strengths Are Leveraged

As it turns out, several of Burkus’s key principles come down to approaching our network with a divergent mindset, one that is open to change and taking risks.

Here are three principles from Friend of a Friend that show how to interact with your network to increase your productivity and creativity.

Imagine executives calling their old contacts—people with whom they haven’t spoken in many years—to ask for business advice. Now you do it.

In one study, business executives overcame their resistance to doing this seemingly uncomfortable exercise. They reported that the advice they received from “dormant, weak ties” was most novel and useful, the two main criteria that characterize creative ideas.

In another study, entrepreneurs launching new businesses—those whose ideas came primarily from weak ties—were more innovative and sought more patents and trademarks than those whose business ideas came from strong ties like close friends or family.

One reason for this is that our strong ties tend to have access to the same streams of information that we do. When we reach out beyond our close circles, all of a sudden we have access to divergent points of view.

Another factor is that strong ties come with the pull of homophily and the pressure of social conformity. We may be less willing to take risks on new ideas that might jeopardize the feeling of belonging among our tight-knit groups.

Again, this principle rose to the top through a series of studies Burkus found in his research. One of them asked 673 supply chain managers at a large electronics company for one idea to improve the supply chain.

The data analysis revealed that the managers who discussed this question with people outside of their own silos in the organization were much more likely to have valuable ideas for improvement. Even more, these same individuals were more highly paid, praised, and promoted.

There’s a lot of talk right now about collaboration and teamwork being increasingly important. Collaboration can lead to higher creativity, but this outcome depends on a number of factors. One of them is the make-up of the team itself.

A study of academic papers found that the highest quality papers in the top journals were written by people who had never coauthored a paper before and who soon moved on to new collaborations with different people.

The lead author of the study, Brian Uzzi, summed it up well: “The rotation of team personnel is critical to creativity, even if it comes at the loss of efficient communication among team members that have come to know each other and their work habits well” (Burkus 2017, p.100).

Shaking up teams and creating new ones minimizes the convergent tendencies that groups develop over time—the groupthink, the homophily, the complacency that can result from settling into a routine within our close circles.

Team shifting introduces new opportunities for the divergent thinking that leads to new ideas. This, Burkus believes, is a key insight for companies as well. Putting new teams together is one that successful firms like design consultancy IDEO do masterfully.

Using the full range of our creative thinking is key to productivity and the ability to innovate at work. However, since divergent thinking tends to decrease over time, we must actively work to exercise it.  When we use the research detailed in Friend of a Friend to inform the way we interact with our network, we become more effective at managing our relationships and growing our divergent thinking.

Burkus, David. (2018). Friend of a friend: Understanding the hidden networks that can transform your life and your career. New York, NY: Houghton Mifflin Harcourt.