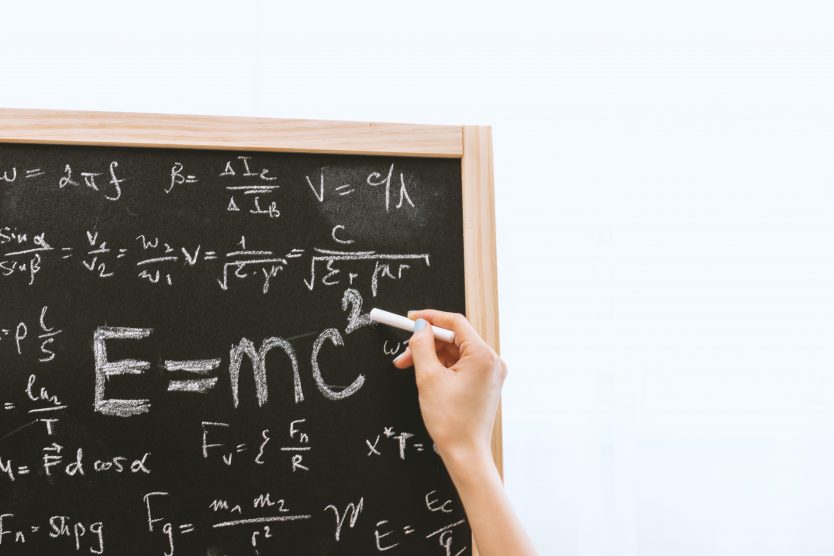 | The Negative Relationship Between Math and Creativity | 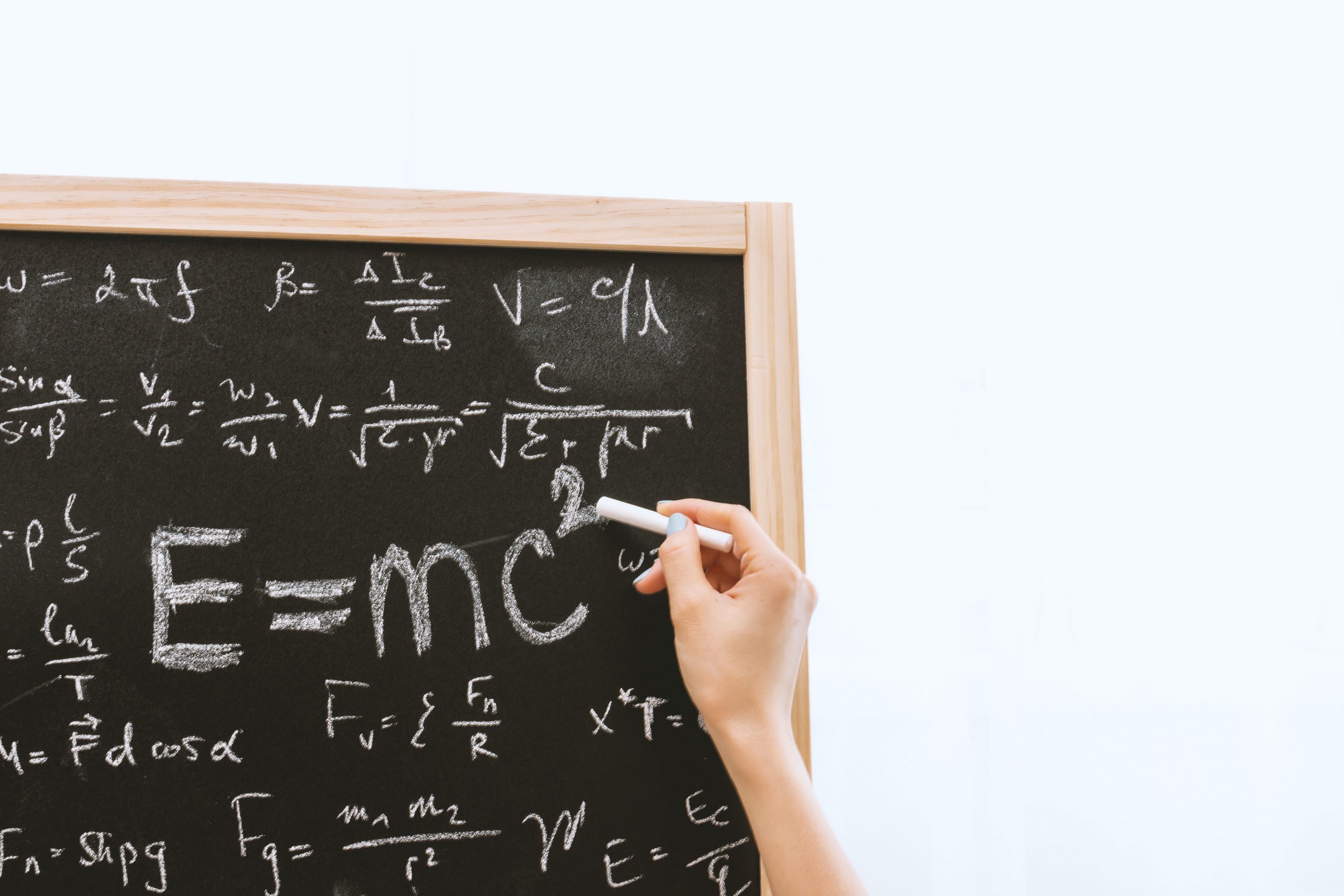 When I train teachers to use creativity principles and strategies to deepen learning and engagement in their classrooms, it is almost exclusively middle school through high school math teachers who push back.

We already use higher-level thinking.

There’s no time for creativity in math.

Students can only be creative at higher levels of math.

Even so, I am the first to concede that out of all subjects, math teachers operate under the tightest constraints. They have voluminous teacher’s manuals that are too heavy to carry home. There is so much content that it’s nearly impossible to cover it in a school year under any circumstance. Yet, they must teach dozens of students, from math whizzes to those with math phobia, in rushed 42-minute periods to understand these complex and un-intuitive concepts. They have to prepare their students for tests that may determine their placement for years to come. Math teachers often get blamed if their students don’t do well.

Constraints vs. Freedom in Teaching Math

Though constraints do lead to creativity, it has been demonstrated that freedom is one of the top conditions that supports creativity in the workplace. Given the constraints listed above, math teachers have very little freedom to use creative learning strategies in teaching math.

In Creativity for Everybody, we wrote, “We need freedom in order to think creatively. The simple recognition that we each possess the ability to think for ourselves is the first step in claiming our own creative freedom.”

These two sentences may seem contradictory to the also true statement that constraints drive creativity. But the second illuminates the first: When we recognize that we have the ability to think for ourselves, despite the constraints that seem to hinder us, we are free to think and act creatively. When we recognize this mental freedom (as expounded upon beautifully in Holocaust survivor Viktor Frankl’s Man’s Search for Meaning), then we can use our constraints as the very impetus to become freer in what we do.

On the other hand, if we believe that we need constraints—not freedom—to think and teach creatively, then math teachers seem to be in the perfect position.

I also concede that I don’t always have a clear answer to math teachers’ concerns. While I’ve taught advanced math concepts to students of all ages, it hasn’t been under the constraints of a full-day, back-to-back schedule. I know there is an important connection because I have seen the successes that math teachers who have embraced creative teaching strategies have demonstrated, and I’ve experienced it myself with students.  I’ve also read widely, such as work by experts like Jo Boaler at Stanford and veteran teacher Paul Lockhart, who advocate for radically different approaches to teaching math.

So, I am on a new quest to work with math teachers more closely so I can better speak their language.

Today I had the opportunity to do just that, by visiting the seventh grade pre-algebra class of one of my recalcitrant math teachers. I say recalcitrant with humor, because I know Mr. R. to be a highly creative thinker. Yet, he sometimes says that creativity doesn’t apply to what he does. Before I went in to observe his class, I predicted that he uses his own creative thinking all day long to teach. I was not proven wrong.

Offer choice: Mr. R. started his class by asking students to choose between two different math problem warm-ups. Students were to complete the sheet of algebra problems before a song ended. (As one who is teaching pre-algebra to a handful of students this year, I am relieved to say that I correctly finished the problems with plenty of time to spare.)

Connect to student interests: The song was a simple touch that added a dimension of interest for students. Mr. R. knew that his class is genuinely interested in music, and they liked the song he played as well.

Use humor: Ability to teach with humor is a key creative strength. Mr. R.’s entire lesson was integrated with humor, and it was truly fun to anticipate that he might say something funny again. He used self-deprecating humor, jokes, inside references, deadpan, and random comments like referring to his “little algebra dance.” I felt that Mr. R. was truly a master at seamlessly integrating humor into his teaching, and it kept students alive and paying attention.

Use analogies: There was an algebra problem on the board: b – 2. A student asked, “Could it be written 1b – 2?” Mr. R. explained that while that would be technically correct, we don’t say, “One Samantha or One Jack when we’re talking about people. It’s the same with variables.” This analogy was meaningful to students, which helped them achieve deep-level understanding. He even gave me a way to explain it to my students!

Embrace mistakes: It would have been hard not to notice the words “Mistakes are welcome here” written in big letters across the white board. This wasn’t just an empty sentence. Mr. R. truly embraced mistakes—students’ and his own.

One student confessed that he had gotten all the homework problems wrong, but after going through them he knew where he had messed up. Without skipping a beat, Mr. R. said with complete authenticity, “I am happy you’ve found your mistake. That’s more important to me than you getting it right.” Over and over Mr. R. made student mistakes welcome and turned them into positive learning opportunities. The students were eager to participate in the class throughout, and didn’t appear to be afraid of being wrong due to the classroom climate Mr. R. set.

Later on in the period a student raised her hand to ask a question. Her answer didn’t match the one on the board. Mr. R. realized he had copied the problem incorrectly. He appeared delighted that a student found his mistake and it had been corrected. He thanked her for voicing her question. This was an excellent example of the teacher modeling the behavior he expected from students: willingness to try and improve without being afraid of mistakes. This is a key mindset to achieving high-level creative thinking.

Encourage questions: Mr. R. was clear that students should feel comfortable asking questions. He invited questions and patiently answered the many inquiries that came his way. He seemed genuinely happy to answer them. Again, asking questions is one of the most important steps in the creative process. If we fail to ask questions, we solve the wrong problems.

He uses several of the key principles from the science of creativity to set a climate in which students can thrive: offers choice (a measure of freedom), connects to student interests, uses humor, employs analogies, embraces mistakes, and encourages questions.

Does Mr. R. know that what he does naturally, with years of practice, is related to the science of creativity? Probably not exactly, but he knows it’s good teaching.

How might it help him to see the connection?

First, he will gain a meta-awareness of what he’s doing, and he can do it even more deliberately. He can start to observe how student engagement and problem solving differs when he’s using these principles and on days when they lapse. (OK, maybe Mr. R. doesn’t lapse but most humans do!)

Second, he can start to take it to the next level and even more deeply connect students with the learning by “teaching for creativity” which engages student high-level creative thinking in the process. Because he has such a solid foundation of teaching creatively, this will take just a few tweaks. Or, maybe it’s something he already does on most days . . .